I live around 14 miles from Heathrow Airport, regularly see aircraft pass over at around 8000 feet on approach and at different times, after take off. Also watching the various flight tracking maps I see they vary the approach route. I am aware of holding patterns which also have an effect.

I think airports are very aware of the effect of noise and as such vary, where possible, flight paths. Heathrow varies the runaways, that I do know from their web page but am wondering, do they adjust flight paths for noise purposes or is it varied merely due to amount of traffic?

Appreciate that maybe for the final approach nothing can be varied but guessing at around 8000 feet there is some flexibility for ATC to control the path.

Airports have standard departure and arrival routes (SID/STAR). These take the noise factor in to account and additionally there’s a limit in the noise emission that is allowed during certain hours.

Heathrow does a daily switch over from 25L to 25R (or vice versa) around 12 UTC, this is due to the noise pollution it creates.
So they cater for the effects and if needed routes are adapted or corrections are issued by ATC to avoid certain areas.
Noise abatement rules for Heatrow are listed here:

For information on flights paths and the rules governing the airport. Track flights, make a noise complaint and find out what we’re doing to make Heathrow quieter.

Suppose airports with just one runway have very little room to manoeuvre once a certain distance from destination.

Difficult balance but we live in a world now where people move to the country to get away from City life then complain about Church bells, I love seeing the aircraft go over me but they are at 8000 feet so around 2.5Km high, noise doesn’t concern me but recall few years back the Goodyear Airship used to fly over, gorgeous sight, hardly any noise, but drew complaints.

Airports with one runway also can have limitations based on noise pollution.
Examples are reduced opening times ( no late evening or night flying), restricting certain aircraft types on airports, maximum number of movements on an airport per year.

Most of these measures are there to limit the noise pollution for the local residents.
On the other hand, most airports were already there when people decided to live near them. So they should take the noise into account. But a lot of them think otherwise and start complaining.
I live next to an approach of EHAM and if the wind is coming from the west I will have the first aircraft in front of my bedroom window at 1500 ft at 07:00 hrs sharp. I don’t mind that at all, the more the merrier.
85% of all noise complaints of EHAM per year are coming from 5 individuals, each filing an average of 30 complaints per day. Maybe they should think about a decent job or something else to worry about ?

In my flighttraining for GA noise pollution is a part of the stuff you have to learn and you are trained to avoid built-up areas at lower altitudes to avoid complaints. Even the smallest airfields have noise abatement procedures in place you have to know by head prior to takeoff

Airports with one runway also can have limitations based on noise pollution.
Examples are reduced opening times ( no late evening or night flying), restricting certain aircraft types on airports, maximum number of movements on an airport per year.

That explains something in a trip I did in May. Flew from London City airport to Belfast at 08:50 hrs, I was returning same day (visited Titanic museum) but latest flight back was into Heathrow around 21:00.

I did guess it was to do with noise that London City didn’t have late flights but you have confirmed it.

In Frankfurt you see the same. They are always trying to find a balance for the different areas regarding noise for departure and arrival. 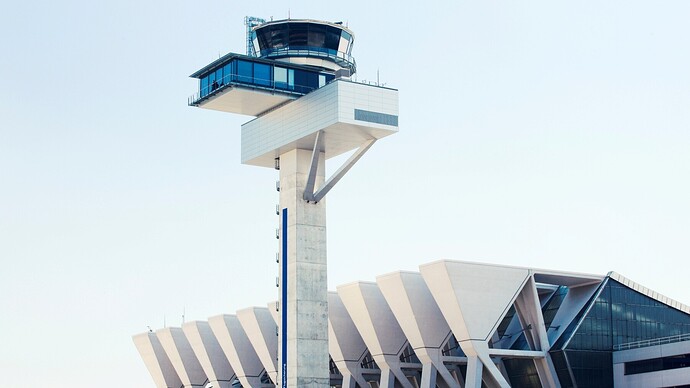 Our community portal gathers information on the current aircraft noise situation, the take-off and landing direction, and noise abatement measures at the airport.

There is also a noise logging network around frankfurt, unfortunately not for LHR

That’s a very interesting side. Bookmarked it. Thanks

What are the numbers measuring on the link you posted (dBA)?

That is quite fascinating. Technology is advancing at such a rate.

It is also interesting to note that airport landing (usage) fees vary by the amount of noise.

They are measured in dBA indeed.

Money, the great incentivisor. I did not know that.

Shown in the infobox if you click on the icon above the map. Unfortunately in german only.

Be aware that this is not real time data, but a 2 hour delay