What are the 2022 flight nubers for the NFL Teams

Here’s a few of them. As they fly over the next few days I’ll try and complete the list, most teams aren’t flying until Saturday. And if they have multiple home games in a row, it may be a few weeks until I can find those. If you are looking for a specific team, let me know and I’ll try and find that team first.

Thanks very much
Pappy

Found most of them. Please note that Green Bay has consistently scheduled 2 planes, a 757 and a 737, to travel. New England has not used Robert Kraft’s plane this year so far; using Eastern and the flight numbers keep changing. American, Delta, and United seem to keep the same flight numbers for each team. Still missing New York Jets and Miami. On Twitter, follow https://twitter.com/SportsAviation
In the bio, there’s a link to current week’s charters and has more specific info on each flight. 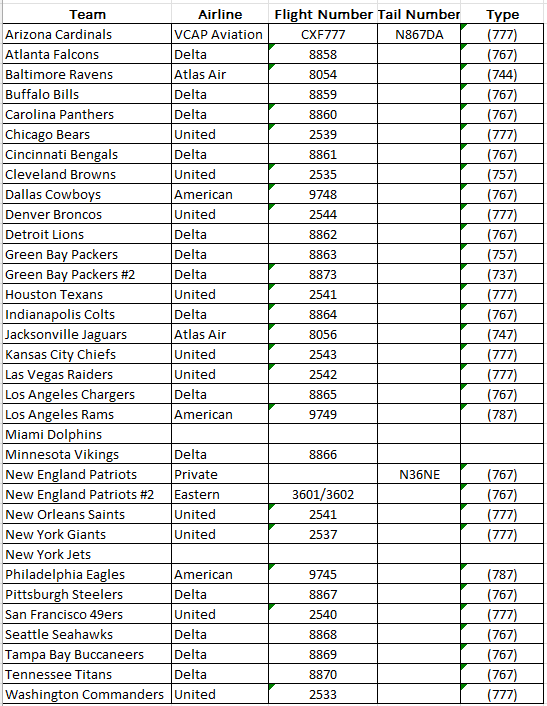 All are included below. For New England, the flight number changes each week, so far. For Week 2, it’s 3606.

Thanks for the update, edit made in table.