I upgraded a couple of Pi’s to 6.0 last month. There was a missing graph I never was really concerned about. Then I added a feeder this weekend and it appears it’s the “gain” graph. Does anyone know how to get that gain graph to populate? I have serialized dongles in the missing graph pi’s if that matters. I thought it might. 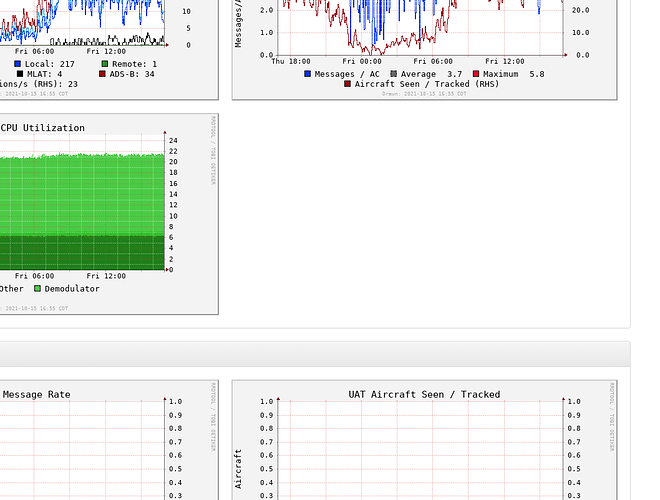 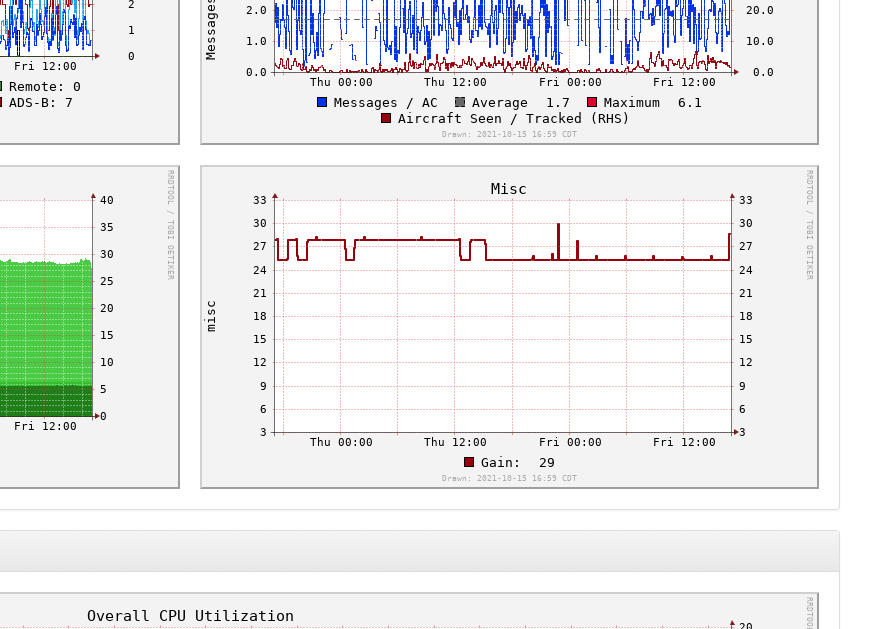 Does anyone know how to get that gain graph to populate?

Update the graphs1090 program on the pi(s) that are not showing the new graph. 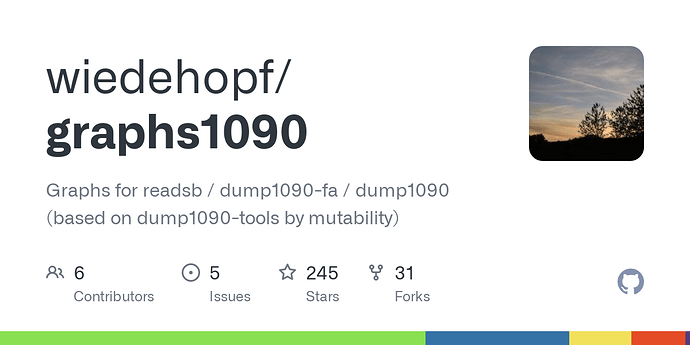 Thanks - that was it. I didn’t realize I needed an update.

So would the syntax to activate the gain graph be:

This is used only for Debian packages.

Simply follow the instructions given on the github page which say to use this command (copy&paste to your command line):

I am also missing the wiedehopf gain graph. I’m running the latest version of graphs1090, having just installed it a couple of days ago. However, I’m just running dump1090-fa on a desktop in Ubuntu (20.04). I’m not running PiAware. So is there some configuration file to change to get the gain graph to appear? Thanks.

Well, after reinstalling graphs1090, and restarting a few times, I have a gain graph! It’s a pretty boring graph, but at least it’s there.

Isn’t that just shooting the messenger?

Maybe the graph is dutifully reporting accurately that it is your data that is boring.

Well, now that you mention “shooting the messenger”, the graph that really applies to is the one with “ADS-B Tracks Seen”. That graph also shows “Tracks with single message”. My understanding is “Tracks with single message” are really false alarms since you don’t get a single message from an aircraft. So I was wondering – why show false alarms ? However, showing the false alarm rate is useful, because it points up a possible problem. If the demodulator is evaluating a false alarm it can’t evaluate a real message if it comes in at the same time. So, a high false alarm rate can reduce the detection rate. I notice if you use the --fix option (which corrects one-bit errors) in dump1090-fa, the false alarm rate is much higher than if you don’t use that option. Some I’m wondering why the --fix should be used.

If the demodulator is evaluating a false alarm it can’t evaluate a real message if it comes in at the same time.

Well, it doesn’t really work like that. If you’ve got a collision that makes one message uninterpretable, that’s still the case even if you don’t decode one of the messages. (Not strictly true with the dump1090 demodulator, but in practice it’s close enough)

I notice if you use the --fix option (which corrects one-bit errors) in dump1090-fa, the false alarm rate is much higher than if you don’t use that option. Some I’m wondering why the --fix should be used.

It’s mostly a question of “what data quality do you care about?”. dump1090 already has a concept of the reliability of an aircraft track, aggregated across more than one message. A single spurious message won’t turn into something visible on Skyaware, and the undetected error rate is usually low enough that false tracks from multiple damaged messages are rare.

Gain settings do affect the undetected error rate (as you throw more noise at the demodulator, it’ll decode more messages that aren’t real) so it can be useful feedback for that case.

Also, I was wondering what was causing the false alarms – interference or AWGN ? My setup is just an rtlsdr dongle connected to a 6dbi antenna. When I disconnected the dongle from the antenna, and just ran on the noise generated by the dongle, the false alarm rate was about the same as with the antenna connected. So, I concluded that I probably don’t have an interference problem. (Granted, it wasn’t a perfect test – some nearby aircraft messages were still received without an antenna.)

There are two main classes of error: