I find myself again asking for assistance. I recently moved PiAware to a new Raspberry Pi 4. On four previous occasions the RPi seems to have just gone to sleep. It is still running but not processing anything. I can SSH in and reboot it and it works fine until it doesn’t. Any advice would be apricated

The effect you’ve seen could be caused the by radio dongle not getting sufficient power and dropping off. Can you confirm the Pi 4 is being powered by the official Pi 4 PSU (5.1v 3A) or a third-party supply which is just as capable. The Pi 3 PSU was rated for just 2.5A, if you’ve moved it over for example, and the Pi 4 is a bit more power-hungry. If the dongle is disconnecting I think that’s captured in a log file but I can’t remember where I saw that.

EDIT: the logs are in /var/log/piaware.log and /var/log/syslog. To view them, ssh into the Pi and use the commands below. Look for any clues as to the dongle disconnecting or anything else that might look relevant.

I’d suspect power supply as well. A marginal one can cause the dongle to get hung up. That it works again after a reboot shows that the dongle itself appears to be ok.

If it happens again check the log around the time it stops working to see if there’s anything relevant. Sometimes the dongle stopping will get caught there.

This is Pi4 Official power supply 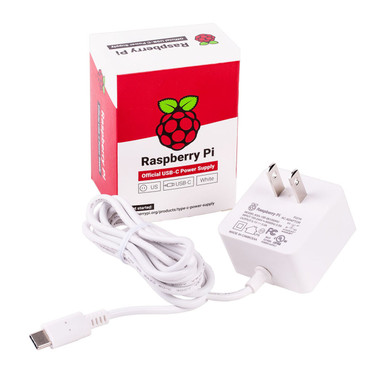 Thanks for the guidance. The power supply I am using is from Canakit, 5.1V, 3.5A. I do have another one so I will change it out. Appreciate the input.

5.1v should be better as it provides a little extra voltage to fight any voltage drop.

But then again, if the quality isn’t there, you’ll have worse problems.

works fine until it doesn’t

Please share the output for the above log command.
You can also check for undervoltage as described there.

Do you have the receiver directly connected to the Pi or do you use an extension?
Extensions can be bad quality and cause problems due to power problems.

Could also be that your USB receiver is just dying and you need a new one.

Note the logs would only be interesting after it stops working.
The logs are normally deleted on reboot.

Thanks for the guidance. The power supply I am using is from Canakit, 5.1V, 3.5A. I do have another one so I will change it out. Appreciate the input.

It’s the output you need to worry about!!

This is different to the label on the official power supply pictured above.

Yes, I have noted this.

Yes, that goes to show the person who entered specs on their web page did not check the lable.

After posting specs by copy-paste from Buyapi.ca site, I noted these differences, and that is why I posted the photos, as the lable is more authentic than the seller’s specs.

Yes, that goes to show the person who entered specs on their web page did not check the lable

Could you please edit the post and remove the authoritative but wrong information.