Hi. Okay I know I’m asking about two topics here but I’m wondering if both could be related to gain. My MLAT numbers they seem a bit low compared to others in the same area and would like to see improved numbers in general. The other issue is when some aircraft fly over they drop off the screen completely, typically helicopters though some planes too. Could both of these issues be related to a gain? Is there a particular app that people like that I can use for checking and adjusting check gain levels?

Thanks in advance,
Megan

The second question can be answered with yes in most of the cases. Which gain setting do you have?

Did you install the graphs1090 script, so you can monitor your message rate? There is one indicator regrading the “noise” level. With ths you can find the gain setting.

If you reduce the gain too much, it might work, but will have an impact to your range. In this case you might need a filter too, depending on your location.

You can read more about it in the link below
For the MLAT question, you might need to wait for the experts here-

This is the page for the graphs:

And a longer discussion about filtering

Do I Need A Filter? ADS-B Flight Tracking

The space around ADS-B antenna contain not only 1090 MHz signals, but also lot of other signals at different frequencies. The closer the frequency of a signal to 1090 MHz, your ADS-B antenna picks it stronger. For example if there are three signals of equal strength, one at 144 MHz, 2nd at 850 MHz and 3rd at 950 MHz, the ADS-B antenna will pick 950 MHz one the strongest, 850 MHz one a bit less stronger, and 144 MHz one much fainter. As the Cell/Mobile/Pager signals exist in the range 850 MHz to…

The graphs are excellent - thanks for your efforts

I found using the gain-advisor.py script (with python) helped improve my MLAT reception

This file has been truncated. show original 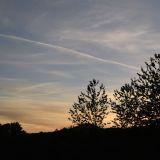 Contribute to wiedehopf/adsb-scripts development by creating an account on GitHub.

I am going to borrow this thread for a similar question. I have now participated in adding 2 recievers so that we now have 4 recievers in the direct vicinity of our local airport, and there are probably more as at least 1 F-marked receiver is located very near too. Still MLAT-tracks show up rather jagged nearby, but better on higher altitude. They are however not displayed neither on FA or FR24. Is there something that can be done to improve this using the receivers that we have? I know that ‘time is an issue’ and I have made an effort of configuring timedatectl on each Pi to get them as synced as possible.

They are however not displayed neither on FA or FR24.

Can you share a hex address and registration for an aircraft that’s not showing up?
Otherwise it’s pretty much a guessing game.

Jagged tracks … so those MLAT tracks might actually be MLAT results from a different MLAT network maybe?
I think FA usually smoothes out the MLAT results quite a bit, some other networks chose not to do that.

SE-KDZ/4AAC9A was just up doing circuits at ESMK. SE-MIM is in the screenshot I posted, about an hour ago. It displays in similar way on ADSBX also, which I feed too. However other local receivers don’t feed there, mainly FR24 feeders in Sweden.

It displays in similar way on ADSBX also, which I feed too.

Your local interface can’t tell the difference between FA MLAT results and adsbexchange results.
If you want to you can turn off the adsbexchange mlat results in this config file:

Then reboot the pi or restart the adsbexchange-mlat service.

If you want those MLAT results in a separate interface, you could go this route: GitHub - wiedehopf/tar1090: Provides an improved webinterface for use with ADS-B decoders readsb / dump1090-fa

Example config that goes into /etc/default/tar1090_instances :

Then run tar1090 install script and you should have a webinterface at /adsbx or whatever you make the second parameter in that line.