Thanks. After a lot of messing around, I came across a thread with some scripts. I managed to get one of them workingl. It says it is going 5 tests. My hope is it finishes before or close after midnight to give the new settings a go.

yeah i don’t think those scripts are very useful, especially when the amount of traffic is changing which is basically always but especially in the evening and at night.

anyway run it again some time and if it gives similar results you probably have a good baseline gain.

I let it run through 2 of it’s long tests and settled on 43.9 based on the gut feeling I had from seeing the comparison of messages, positions and planes detected. I have reset my range plots on VRS and I shall see how the rest of the day goes. As it stands I have only “missed” maybe 10-15 mins of the day for testing. There should be more than enough activity throughout the day to have a nicely rounded out range plot, I hope.

Regarding range, does the MLAT system actually give a false sense of range? Or is it still accurate? I am thinking about the “you get to see it’s position for 3 minutes”. What I am unsure of is if those 3 minutes can allow an aircraft to go out of my actual detection range and it still appear on the map, OR is it that as long as I am seeing it’s messages, then I get the position but if it goes out of my range it will vanish regardless of how many MLAT minutes I had left to see it’s location?

yeah mlat can be out of actual range.

Thanks, I will continue to use the ADS-B receiver for my range plots then.

Some glasses may have a metallized coating, which also attenuates radio waves.

A low-e coating is a microscopically thin, virtually invisible, metal or metallic oxide layer deposited directly on the surface of one or more of the panes of glass. The low-e coating lowers the U-factor of the window, and different types of low-e coatings have been designed to allow for high solar gain, moderate solar gain, or low solar gain. A low-e coating can also reduce a window’s VT unless you use one that’s spectrally selective.

Spectrally selective coatings are optically designed to reflect particular wavelengths, but remain transparent to others. Such coatings are commonly used to reflect the infrared (heat) portion of the solar spectrum while admitting more visible light. They help create a window with a low U-factor and SHGC but a high VT.

Some glasses may have a metallized coating, which also attenuates radio waves.

That would be interesting for windows in a house. I could believe for a car no problem, but the expense seems quite high.

In Southern latitudes you have that infrared blocking. Not used in cold Germany probably. 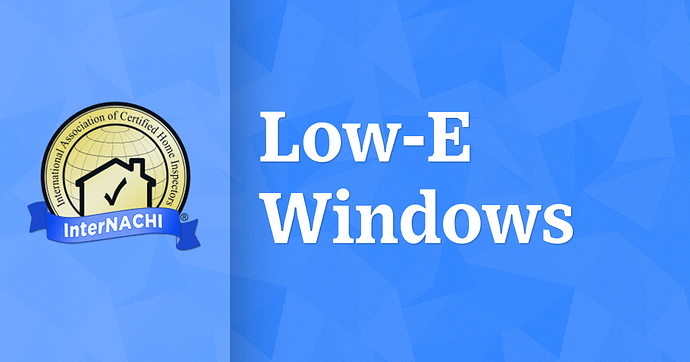 Yeah, in England not much chance of needing such coatings

These glasses do not let heat in and out. It is not hot in summer, it is not cold in winter.

Yeah, in England not much chance of needing such coatings

Actually such coatings are widely used in England.
All the glass that has been installed in our house (in the south of England) has been coated for at least the last 20 years.

Actually such coatings are widely used in England.
All the glass that has been installed in our house (in the south of England) has been coated for at least the last 20 years.

It would sure explain the low range towards the east if it doesn’t correspond to the terrain on heywhatsthat. But i think the thread starter wrote there was a hill to the east.

Unfortunately it vastly does not match up in all directions, since my antenna is indoors and not in a nice open space area. I remember I put all the details in but it thought I would see a good chunk of France and Belgium, which I have no hope on earth of reaching with my antenna where I am able to put it. I cannot even cover all of London, let along get across the channel to France.

I am kind of stuck it seems. I cannot non-destructively get the Pi and antenna into the loft, I cannot non-destructively even get anything in the loft that needs to come outside of the loft so even just getting the antenna in there running down to my room is not an option. I have nowhere outside to place it because that would require major drilling etc to locate, drilling to get the cable and connector inside it’s just far too extreme of requirements and destructive processes to entertain. So that leaves me stuck with it in my windowsill as high as I can get it. I cannot think of any other options.

I cannot non-destructively get the Pi and antenna into the loft,

Does the loft have power? Wifi works just fine for flightaware, so no new cables to install. Just put the pi and the antenna in the loft and you are done.

Anyway try another position in the room, i’m not sure at the window is optimal in your case.

There is no power in the loft. I have only poked my head up there since we do not have ladders tall enough to actually get inside but there’s no sockets anywhere to be seen and no lights. It’s just full of fibreglass and a couple of old TV aerials.

Anyway your range isn’t bad, seems the new antenna improved it quite a bit.

Unfortunately the curtain rail is held up by hope more than hardware haha. This house has walls made of material I have never seen before. It strips drill bits like they’re made of marmalade. When we moved in last year we noticed there was tons of holes where after it got pulled down they tried to put it back up with new holes and it is just a total and complete botch job. But I managed to get it screwed in enough that it seems to be holding with minimal weight curtains. Not ideal and I don’t feel like hiring someone to come out to professionally sort it out, I just don’t have the money. Our walls are probably a good 8 inches thick and it’s the toughest stuff I have ever seen in my entire life, once you get deeper than about an inch any way… The first inch is crumbly as hell, paradoxically.

Our walls are probably a good 8 inches thick and it’s the toughest stuff I have ever seen in my entire life, once you get deeper than about an inch any way… The first inch is crumbly as hell, paradoxically.

That’s concrete wall covered with plaster. Pretty typical construction, but the plaster is not supposed to support anything.
You need a masonry drill bit in combination with a hammer drill: 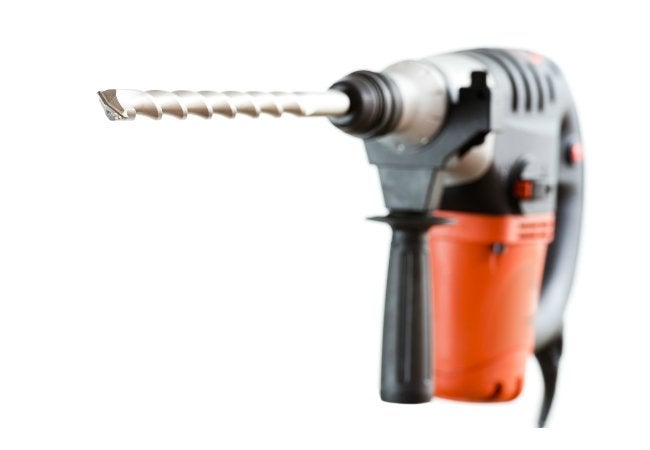 How To: Drill Into Concrete

Fear not! You won't damage a drill bit or crumble the surface when you learn how to drill into concrete following these careful steps.

Or shoot the bolts in the wall:

A powder-actuated tool (PAT, often generically called a Hilti gun or a Ramset gun after their manufacturing companies) is a type of nail gun used in construction and manufacturing to join materials to hard substrates such as steel and concrete. Known as direct fastening or explosive fastening, this technology is powered by a controlled explosion of a small chemical propellant charge, similar to the process that discharges a firearm. Powder-actuated tools are often used because of their speed of ...

We have a hammer drill and I was using masonry drill bits. They have like, a house shape wedge thing on the tip of them. I have never had issues drilling at any other house we have lived. I think this one must have been constructed by ancient aliens using a special unknown super-heavy element in the concrete mix or something lol.