Thanks. It seems I am not at what I could be. Although I bet this is calculating open air vs in a house at the same elevation etc. But I am on the verge of purchasing it.

It only calculates line of sight that is correct.

I doubt you will ever get much coverage to the north as probably your house is in the way.
But it depends quite a bit what the walls are made of and so on.

Anyway a good antenna will help to pick up the signal after it was dampened by the wall/window.

Where do you have the antenna currently? (As in where in the room)
Could you provide a photo of your current antenna contraption? I get the feeling you might get some more mileage out of it by optimizing it.

Let me explain (I just ordered the FA antenna). My antenna presently is high up in my upstairs bedroom window, about 4.7 meters above ground level. It is overlooking due east. I say overlooking, there’s actually a bit of a hill towards the east, close by, maybe it raises up another 20 meters or so. The paradoxical thing is, I get great coverage of the south west, which is entirely the opposite side of the house, so even through the extremely tough (god knows what our walls are made of, they strip drill bits) blocks of what ever, but still I am getting 120 miles south west, when I figured it would get better view of the east, which I am only getting maybe 60-70 miles coverage in certain areas of those directions.

I have seen the benefit going from a 1/4 wave whip to a 1/2 wave trimmed down (and collapsed to it’s smallest) telescopic one (it’s a mag mount and I screw on which ever antenna type I want). So I am hoping this FA antenna will be the last thing I purchase for this ADS-B thing.

I have 4 windows, 1 full length left, 1 full length far right, a not so fall full width in the middle and a little window above it. I plan on putting this FA antenna raised up between the left full height window and the edge of the right windows, so it should hopefully have as good range as I can get, while letting me tape around it to hold it up by opening the little top window, the main left window and kind of taping around, outside and back in, you know. Then taping the coax down between the windows so it’s not really visible from outside and not too messy looking on the inside. Hopefully.

I really cannot do much better than that in my situation.

I really cannot do much better than that in my situation.

I’m curious, is the hill in the east of your house not on heywhatsthat?
Regarding the placement within the room you will have to experiment but you probably have a good place for your current antenna.
Not sure how you are gonna route your coax just be sure not to squeeze it.
Closing a window after feeding coax through would be a bad idea.

I am using a piaware using the blue Pro Stick Plus dongle for the amplification and filtering etc. Works very well compared to my NooElec NESDR Smartee.

It may be but it seemed like map and then just the two outlines of range. I just calculated using some other elevation site and existing info I measured for MLAT:

Currently, my antenna (accommodating for ground level and height above where it sits in my room’s east window: 109.71 M above sea level

My the topography out of my east window follows a hill which peaks at about 124 M above sea level, of course there’s houses there too as usual everywhere. So somewhere in the region of 15 meters of higher ground to my immediate east. I guess that is not too bad.

Here is an image: 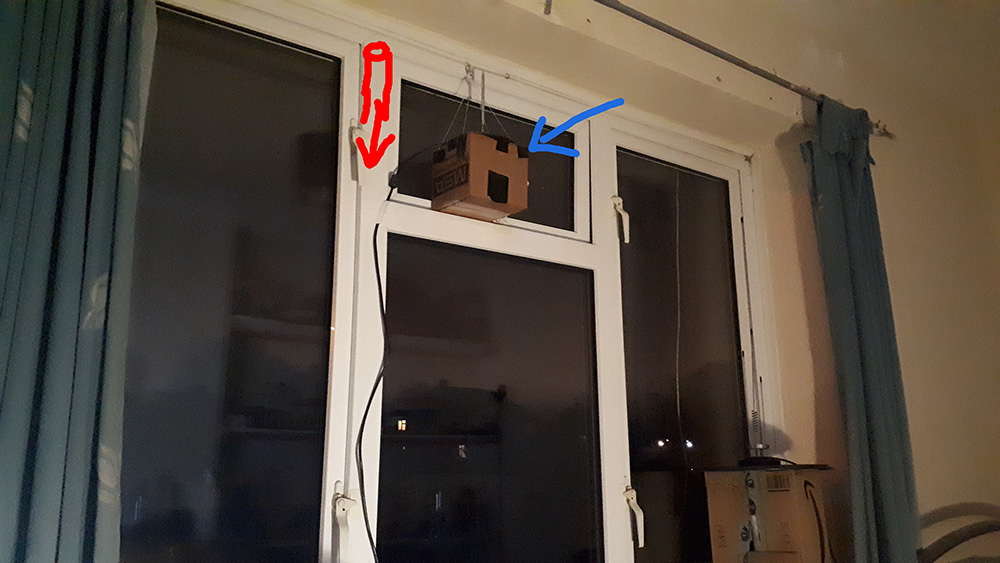 Blue is my current ADS-B antenna sat on a suspended box. Red is where I plan on the top of the FA antenna will go and I will open the big left and top middle window and hopefully be able to tape around it to fix it there in 2 places, then route the cable the same way down that inbetween area of the windows.

Blue is my current ADS-B antenna sat on a suspended box. Red is where I plan on the top of the FA antenna will go and I will open the big left and top middle window and hopefully be able to tape around it to fix it there in 2 places, then route the cable the same way down that inbetween area of the windows.

There is some metal in most double pane windows where it meets the frame, so that placement might be suboptimal.

Even with your current antenna it might be better to have it in the middle of a window.
It is not as pretty to look at of course.

Anyway testing multiple positions with the FA antenna is not a bad idea. You might even try the middle of the room

If you mount FA Antenna flush with METALLIC window frame, the reception will most likely degrade. Place it against Wood or Glass, like this: 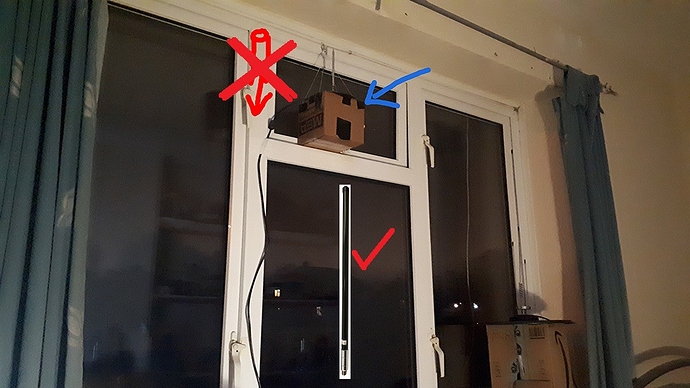 This is how I have done it 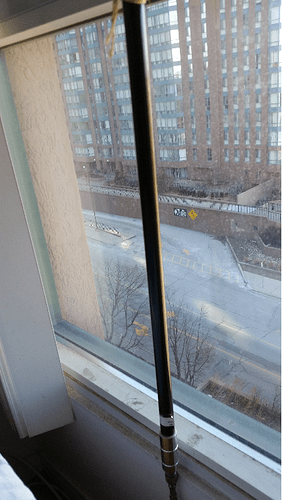 That might be a bit tricky to mount it like that, plus isn’t that lower height going to negatively impact it? But I am not sure I would want my normally very enjoyable view of gardens and mini forested area wrecking lol. I suppose I can experiment when I get it and I have ordered a 5 meter cable since my only options were 5 meters or 1 meter and 1 is not enough.

I thought about mounting the FA antenna somewhere in the middle but I just do not know how I would achieve an aesthetically pleasing and secure install there, as I don’t want to be drilling and screwing etc.

** Hmm looking at your edit/added pic. That might be possible but it’d likely mean I have to keep the top window always closed though.

No ground plane is required for the FA 26” antenna for proper RF operation.
The coaxial feed line can be grounded on the outer (shield) for electrical safety.
The coaxial feed line center conductor can conduct static charge to the receiver, and some means of discharging that center conductor to DC ground is recommended.
Here is a VSWR sweep of the antenna showing that it is fairly well tuned, centered just a bit low at 1070 MHz. The horizontal sweep is 50 Mhz per division, vertical is 5 dB per division. 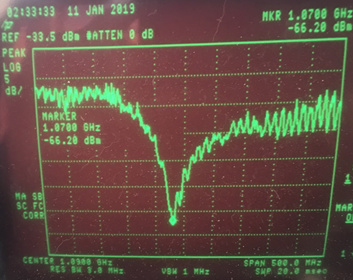 ** Hmm looking at your edit/added pic. That might be possible but it’d likely mean I have to keep the top window always closed though.

Your top window does not seem to be tall enough. for the FA antenna.
The right or left window would do as well if you like your view through the middle one

Come one 2 out of 3 windows must surely be enough view!

Just to clarify the window is facing east? And you get good reception towards the southwest?
You could just try hanging it on the wall above to the side of the window if that strange reception is really the case.

Yes, the window faces due east yet my best reception is south west… Very odd. But I am upstairs and there’s nothing really in the loft but insulation material. So I was confused though with people saying about the little 1/4 wave antennas things like “Don’t expect this to work well through 12 inches of brickwork.” Yet my best reception is coming from my room, internal walls to the next room and then the external walls facing west. Due south is a row of seemingly never ending houses. I guess it’s all down to the height of the planes and it getting through the roof mainly and then into my room.

I could try and mount the FA antenna on my left window, but I do open that window, so using string trapped at the top may not be the best option. I am not sure if white duct tape would be strong enough to hold it in place, plus it would be not long enough to reach the bottom, so I could not secure it farther down because I’m not putting tape on the window it’s self. So that may be a bit of a pickle. 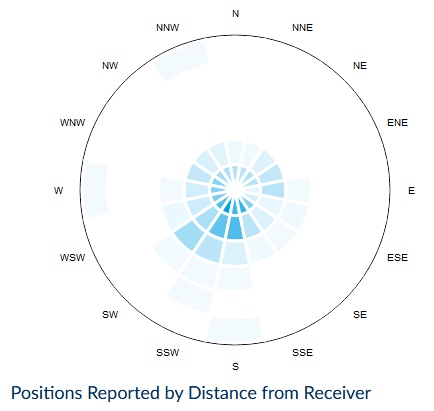 There’s been a couple here and there of odd detections saying their GPS coordinates were like 2000 miles away or something, so those far out NNW, W and S detections are pretty bogus. The rest is accurate.

Your bad reception to the east currently could actually be the way the current antenna is positioned.

Anyway if you clean the window frame with isopropanol duct tape should be able to hold a string in two places, the string could then have the antenna just hanging from it. No need to secure the lower part of the antenna.
(The antenna is supposed to be able quite some storm so i’m sure it’s own weight plus some cable is no problem)
What about the right window, do you open that?

I open pretty much all of them, the top one usually only a crack or closed, the side ones in warm weather I open both.

What do you mean hold the string in 2 places?

What do you mean hold the string in 2 places?

Attach the antenna to a string, the string being held in two place on the window frame. So the weight is distributed and the white duct tape holds better. Don’t need to be far apart though, just so it’s not one spot under the duct tape.

Ah I get what you mean. I was thinking Y shape or something and trying to get my head around that lol. Yes that may work. I may have to look how much white gorilla tape is as I only have black. I’m going broke because of this new interest of mine lol. The more interesting point is I am someone who would never get on a plane even if paid a million pounds lol. But I like seeing them, tracking them, marvelling at ones I see flying around etc.

my best reception is south west

that is where most of the traffic is. just fewer airways to the east and mil reserved areas. so best bet on N - W - S. image was few minutes ago. 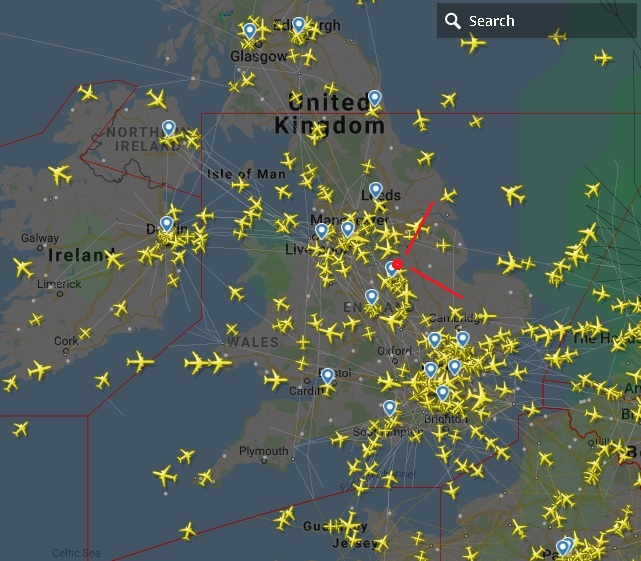 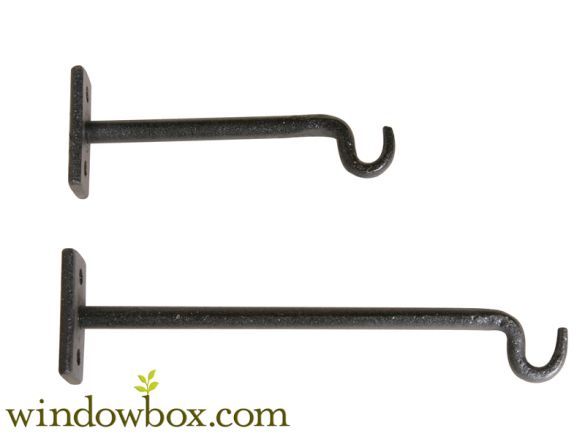 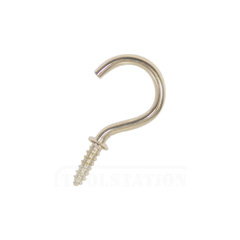 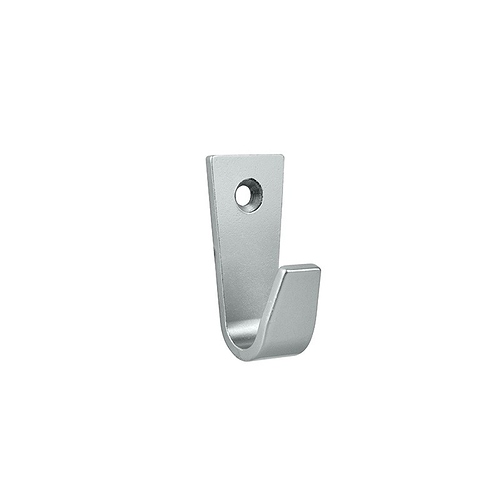 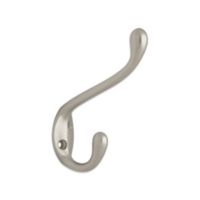 He didn’t want to drill holes i believe

Anyway the more elegant solution could be a removable transparent hook that uses something like adhesive pads.

Yes, this is the case.

If the hook/adhesive were strong enough to hold the weight this could work. Also, is there any risk of if the window is open, wind blowing the antenna around and the metal part at the bottom smashing a window? if so, I may need to anchor both sides.

wind blowing the antenna around and the metal part at the bottom smashing a window? if so, I may need to anchor both sides.

Or use a soft pad on the bottom of the antenna.