ADS-B antennas, cheap chinese PCBs and the others

Hello, following the recent thread on antennas opened there, I took the initiative of opening a new thread about antennas here.

I currenly use a PCB & short radome antenna bought off AliExpress, and I have to say it works a tad better than the cheap magmount whip, which performed better (about 20% more aircraft, from 1000 to 1200 back then, when there was a normal traffic) than the usual DVB-T antenna provided with TV dongles. I think I don’t need to post a link for reference

Altough those cheap chinese-made PCBs sure ain’t the best antennas on the market, to me they provide a decent performance/price ratio, athough they - or at least mine - might be tedious to get the best performance out of it.

Excellent, thank you! Per the other thread and to quote myself (nerd):

Do I Need A Filter?

So far, I’ve identified 4 different versions of these antenna - the 4th being an ‘active’ antenna with inline LNA on the 170mm design. I didn’t want to spend the $$ on it, so only got the other 3 for testing.

As stated above, they supply decent performance for the money, but not to be compared with the FlightAware or DPD Antenna so far as performance.

The longest of the bunch shows the best specs on the VNA so far as S11 and VSWR, but I’m still waiting for the weather to cool down to do a proper side by side test between these as well as against other easily attainable manufactured antenna. The short antenna with the radome (with 130mm PCB) shows the least appealing stats on the VNA, but needs to be confirmed real-world still using side-by-sides.

If there are other versions other than what’s been listed here, please provide specs here.

ADD: 5th iteration running amok: This one has an LNA and filter integrated and requires a bias-T. It may be a good fit with an RTL-SDRv3 radio - be curious if anyone purchased one.

I encourage everyone who’s bought a PCB aerial just to double check that it’s been properly soldered.

Has anyone done a side-by-side trial run of the PCB antenna with bench-mark FA Antenna?

To be a realistic side-by-side comparison, following conditions are equired:

Without such a comparison, statements like “bad”, “good”, “very good”, “better”, etc can only be taken as personal opinion, and not a scientific/technical statement.

Do you think I should add some to mine?

Yup, I would. One side looks completely dry.

It would be hard for me to tell my site is very compromised (bottom floor unit) and the air traffic numbers in Melbourne, Australia are extremely low due to lockdown.

4th being an ‘active’ antenna

I just ordered this guy. For $15, figured I add it to my collection. My interest was spurred as I reviewed the listings again for this design and I’m now pretty confident that they also have an inline SAW filter as well as the LNA. This could be a fantastic low budget compact solution if it performs. I can hardly wait to tear it apart to see what they stuffed into it. I can only assume the filter would be before the LNA unless it can pass DC. Plus, it will be neat to see how they all compare on the side-by-sides I’m gearing up to do.

I need to get another FA antenna and want a DPD or Jetvision. Been putting it off due to summer heat and the fact those 3 antenna will add up $$-wise as I already have 20-25 antenna to include in the tests. If anyone wants to sell one, please PM me - it’d be great to not pay full price for some silly tests.

To be a realistic side-by-side comparison, following conditions are equired:

If you are doing your tests inside a building, everything becomes ‘site specific’ and should only be considered as a vague recommendation when applied to a different location.

Here we are not determining parameters of antennas like gain, radiation pattern etc. Here we are doing a comparison, and any advantage/disadvantage/influence of being in free space or inside a building equally apply to both antennas. Hence comparative performance remains fairly same irrespective comparison is done with both inside a building or both outside in free space.

This is particularly true if comparison is done in an open balcony or a large un-tinted un-coated glass window.

I’ll be performing a new and improved version of the side-by-sides I did a few years ago: 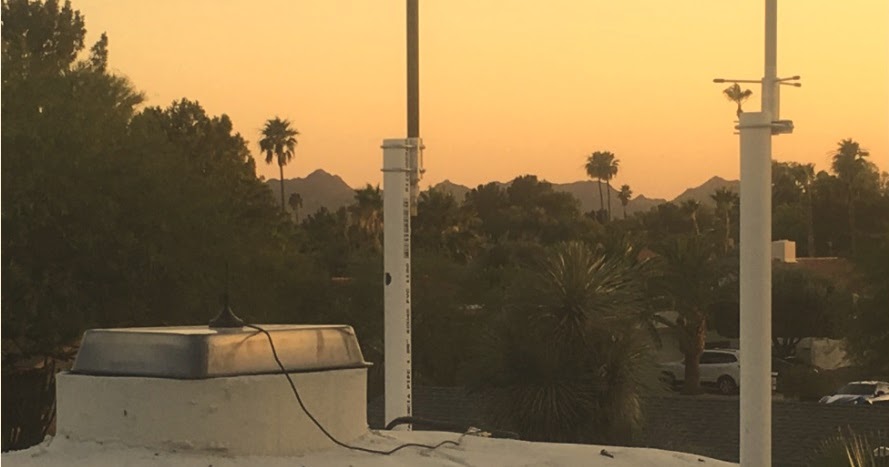 I’m still working on finalizing parameters, underlying equipment and tests which I’ll be including on this go-around…

If there are other versions other than what’s been listed here, please provide specs here.

This one looks like a tuned version of the elevated feed type, but seems not to be offered anymore.

This one looks like a tuned version of the elevated feed type, but seems not to be offered anymore.

I found a notched version just like that on ebay so far, still looking for other sources. Is it still 170mm, just notched, or?

AliExpress Link to the above is still alive too.

I was too slow to get that type. By the time I ordered a few, they were shipping the un-notched type instead.

Here we are doing a comparison , and any advantage/disadvantage/influence of being in free space or inside a building equally apply to both antennas.

In a noisy environment, both cases may show the poorer antenna as having the better performance.
ie. you have an observation that may not apply at a different site.

There are going to be a large amount of variables for any location/site. I’m (planning on) doing my tests outdoors with a couple masts reaching above a chimney to get as much free space as possible in efforts to eliminate as many variables as I am able.

Eliminate is a terrible choice of word for this, but comparatively speaking, performing the same batch of tests indoors would be futile since nobody would be able to replicate my space, whereas it would be easier to replicate an antenna installed on a mast above a roofline.

My thoughts so far: RTL-SDR Triple-Filtered LNA hung on the bottom of each antenna, through my existing 25’ runs of high quality copper RG-6, into Airspy-R2’s plugged into identical Pi4’s.

This would be a simple setup for most to replicate, but I’m choosing to go with AirSpy’s because of their sensitivity and that they are much less finicky when it comes to gain and I don’t want the radios to be a choke-point for results.

I will be using a static gain for each antenna swap - which I already know up front could be somewhat detrimental to some antenna, but not as much on the AirSpy as it would be with the RTL-SDR radios. Again, trying to suppress as many variables as possible while performing uniform tests throughout.

One would think that testing a few antenna would be really straight-forward, but not so much when compromises need to be made. Open for other ideas to get this setup as scientifically, repeatable and fair as possible for all ranges of antenna. (Home-made’s will not be included, too many variables)

Back to free-space and indoor/outdoor. One could only logically conclude that the better performing antenna in the above scenario would have a higher probability to also perform better under worse installation circumstances. There are always scenarios where that wont be true obviously.

I sourced mine from Bangood it was 7 USD

@abcd567 have a look at my stations I pretty much soldered it at 0000utc today looks like it has improved it’s performance in percentage terms from yesterday the 14th’s numbers.

In a noisy environment, both cases may show the poorer antenna as having the better performance.
ie. you have an observation that may not apply at a different site

I have done comparison with identical filters added to both the antennas, so the effect of the noise is considerably reduced. (FA light blue Filter+intrrnal filter of FA blue pro+ dongle).

Your statement is applicable to test done at any site, and irrespective it was done indoors or outdoors, since each site is unique as regards the noise.

The noise is caused mainly by Mobile/Cell, TV and other communication signals. These are present both indoors and outdoors, and therefore comparing indoors vs outdoors does not make a difference on this account.

As regards noise generated by appliances within the apartmrnt, I have chosen a location of antennas which is away from any appliance which can potentially generate noise.