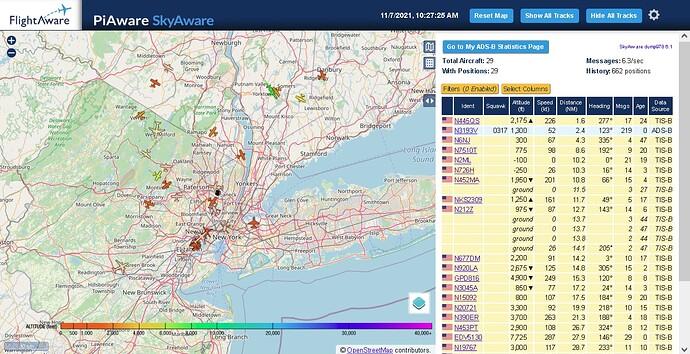 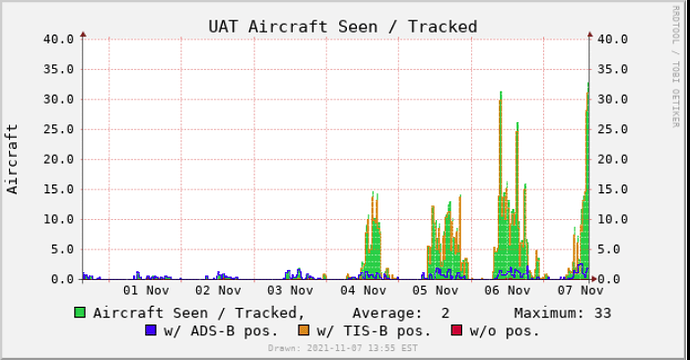 image700×366 63.2 KB
Does any body have an explanation for this. There have been no changes to my Raspberry receivers and the nearby trees are still fully leafed. I will sometimes get TIS-B targets on 1090 Mhz but they are always clustered on airports KEWR or KLGA and sometimes KJFK. Any insight would be appreciated. The screenshots are from a package install on a Raspberry 4 with the antennas in a north-east facing window
jaymot November 7, 2021, 11:51pm #2

What’s the weather been like? If it’s been fine, maybe more general aviation as small plane owners are going out for a joyride.

I am located in the New York City Metro area. These are TIS-B targets being picked up on 978 Mhz. Peak small plane GA traffic in my location tends to be concentrated from June through October and most of it transmits on 1090 Mhz not 978 Mhz. Here is the 30 day graph of 978 traffic 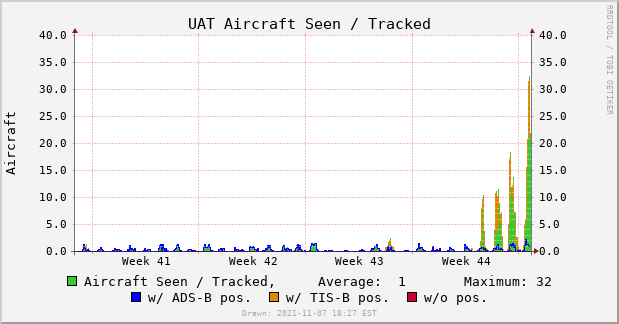 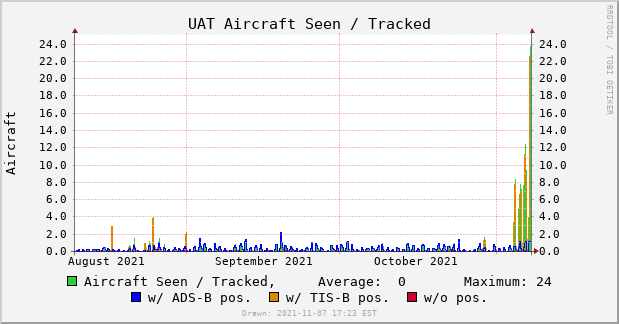 There is a very large jump in 978 TIS-B targets in the last 4 days.l

TIS-B gets sent when there is something nearby to receive it. A single aircraft with UAT in is sufficient to do this. So a small change to flight patterns (e.g. more GA out and about, as suggested above) can result in a large increase in TIS-B seen.

Or the FAA might have changed their logic for when/where they turn it on.